POOR JOE: A MATH LESSON IN ENGLISH
In the last week of October, students of 1ESO B and C took part in an activity designed by their math teacher, Aroa Ramos. She had the collaboration of our language assitant, Olivia Hestmark. This is what she told us about it:

The following week in the same classes, Aroa and I told the story of Poor Joe. We began by explaining that Joe was a 1st of ESO student at IES Triana the year before, but that he had a very different fate on Halloween. I began reading the story, like lights dimmed, in the most haunting voice I could. The story of Poor Joe recounts the terrible fate of the student who went out on Halloween night. When Joe first went out on Halloween night, a goblin snuck up on him and stole his hand! Aroa passed around a bag, with the contents hidden, containing a rubber glove filled with cold water. The students had to guess what body part was inside of the bag. Next I explained how when Poor Joe began to run away, he lost all of his toes! Aroa passed around the secrecy container (filled with carrots) and the students had to guess what was in the bag. We repeated this process with cauliflower for “brains”, grapes for “eyeballs” and so on. The students loved it! After we finished, Aroa explained that an evil witch had come and taken all of the solutions to the math problems on the board, and the students solved the problems as a class.

Courses delivered in a foreign language can be difficult to manage, for both teachers and students. I think that including creative lesson plans such as these can help students overcome the stress of balancing foreign language and course curriculum. I find it especially important that students learn foreign language in the context and through the lens of the culture the language belongs to. Cultural engagement is an excellent tool for bilingual education! I look forward to more exciting classes such as these as the academic year moves forward. « 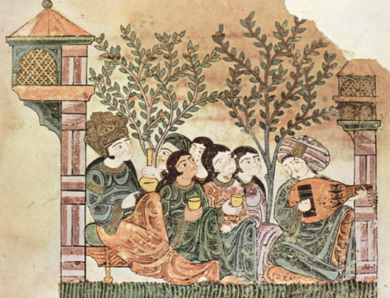